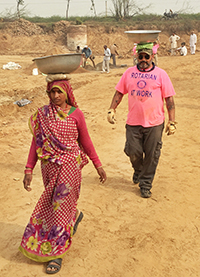 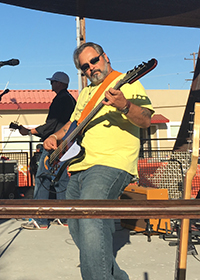 With nearly 25 years of experience in strategic communications and advocacy at the federal, state and local level, George knows what it takes to move public opinion, influence decision makers, build compelling brands and achieve victory for clients, whatever their challenges. Since founding Passantino Andersen Communications in 2007, George has overseen the rapid growth and strategic direction of the award-winning firm. He guides a diverse portfolio of clients that includes global retailers, automakers, homebuilders, school districts, government agencies, tech startups, nonprofits and trade associations. As a crisis manager, he has provided calm direction and media guidance for some of the largest companies and organizations in their respective industries as they faced the most challenging types of public crisis.

George has appeared on television, radio and in newspapers across the nation. He has appeared on FOX News Network, CNN Headline News Local Edition, CNBC, Bloomberg and National Public Radio. He has also been published in the pages of The Wall Street Journal, The New York Times, USA Today, The Los Angeles Times, Investor’s Business Daily, The San Francisco Chronicle, and The San Jose Mercury News. He is the former host of “Home Team Radio”, on KTIE News Talk 590, which was broadcast to millions of residents across Southern California.

In 2004, George was tapped to serve as a full-time director of the historic California Performance Review for Governor Arnold Schwarzenegger. Working closely with the Administration, legislative offices and key stakeholders, George helped lead a multi-pronged, top-to-bottom review of state government that to this day remains the most comprehensive review of California State government ever undertaken.

George and his wife, Aleshia, have five children (yes, five), Georgie, Sarah, Olivia, Molly and Grady. They split their time between the Antelope Valley and the “First Coast of Florida” on beautiful Amelia Island.